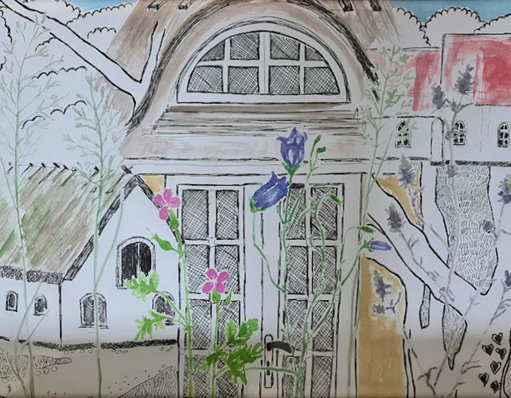 The Icons made by Eva Müller “Tibirke Kunst” *) are icons in the true sense of the original meaning of icon, but in a contemporary design, small icons – large icons – pilgrim icons.

In its original meaning an icon is considered to be a holy picture, that shows figures and happenings of the early writings in order to give the viewer an idea of the spiritual world – it is said, that they are like windows into the world beyond.

IN THE SAME WAY

the icons from the workshop of “Tibirke Kunst” are like cracks into the not immediately recordable world – the sublime world, that is not easily being visualized, but only suggested. Therefore the main concern is put on the symbolism of text and colors.

Most often the texts are from The New Testament in The Bible. The texts are being reproduced in the original language, Ancient Greek, and in most cases in a simplified version, meaning that punctuation and accents may have been let out in order to give the picture more peace. Where in the text the picture precisely has been taken from will be shown on the backside of the icon. It is also possible to order a specific text to be used as the basis for the creation of the icon.

Figurative motifs are very seldom being used. Still “The Fish” often appears because of the story of “The Fish” being used as the ancient Christ symbol. In the 4th century, before Emperor Constantin legalized Christianity, the first Christians were forced to practise their faith in hiding. Therefore they decided to use a secret symbol. That was to be “The Fish” because the Greek word for fish IXOY? (iktys) that is the first letter in each of the Greek words of JESUS CHRIST GOD´S SON SAVIOUR. In a way it is symbolic of a type of a creed from the very earliest of times.

The symbolism of colors is very important in the icons from “Tibirke Kunst”, the green color of the spirit, the purple color of pain, the red colors of love and blood and in addition of blue as the color of the sky and eternity. Gold plus the golden and white colors symbolize God and the divinity while silver refers to God’s Mother – The Virgin Mary.

THE PILGRIM ICONS AND THE TRAVEL ICONS

After having reached the end of the day’s travelling the pilgrim needs to concentrate on things other than blisters and the like. This is where the icon comes in as a help to concentrate on the most important and real issue of the pilgrimage. The small pilgrim icons can be found everywhere away and at home. A travel icon is obviously one, that is small and light weight 10 x 10 cm. For travel purpose a selection of small bags in cloth have been produced by the textile designer Jonna Jensen.

With texts from many of the beautiful hymns these are being produced as a supplement to the ordinary icons with words from the Christmas gospels. These icons are not only reserved for Christmas time. As may be known both Easter and Pentacost refer back to the birth of Christ.

The old icon painters did not sign their works, because the honor belongs to God, and Him alone. That is also the way it should be for icons from the workshop of “Tibirke Kunst” however an unfortunate case of plagiarism has made us deliver icons with the following text on the back side: 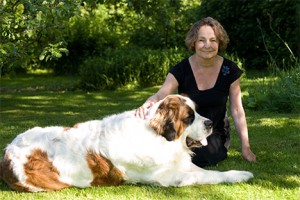 Lej sommerhus i Nordsjælland her